These are the words I spoke at my father's funeral. I've altered them very slightly, mainly to remove names of family members.

My father was a kind and gentle man. He was a man of few words but words that mattered.

If you stand in the sitting room of his house — our former family home — you would notice that one wall is covered with bookcases, and most of the books are either about history or historical novels. On the opposite wall hangs a Persian carpet and scattered about the room are other beautiful objects chosen by my mother. There are also shelves of DVDs, and laser discs, and yet more CDs and LPs of classical music. Following my mother's death, my father filled the room with photographs of her and their children and grandchildren.

This collection, which my sister and I will soon be tasked with dismantling, says more about my parents than I realised.

My father rarely gave advice but he set a good example to follow. He was polite and courteous in his dealings with people, perhaps anachronistically formal at times, but that didn't prevent him from being straightforward and honest. He disliked confrontation but would stand his ground, not to appear tough or strong or for gain, but because it doesn’t occur to a person of sincerity and integrity to do otherwise.

I can really only think of one piece of direct advice he ever gave me: don’t write text out by hand and then enter into a computer; learn to type directly into the computer. This doesn’t seem contentious now but was far from received wisdom when he told it to his 10 year old son in the early 1980s.

Although not advice as such, more an observation, I also remember him saying that a home should be primarily treated as just that: a home. Not as an investment nor an asset. This again seemed remarkably prescient as he said it a decade before the 2008 financial crisis.

He was modest but could sometimes surprise you. One day while driving me to school, he mentioned in passing about how he had discovered a Helium 3 nucleus with something called a lambda particle inside it. This was during his PhD on particle physics. His interest in the bizarre quantum world was also expressed by his liking of surreal and non-sequitur humour such as the Goons and Monty Python.

My wife recalls my father's welcome to the family. “Welcome” he said awkwardly to her at our wedding. I half expected my brother-in-law to get a Vulcan salute on his wedding day.

He didn’t wear his heart on his sleeve but that it was a heart with much love to give was never in doubt to those closest to him.

His inhibition at expressing his feelings in words made the 400 miles between him and his family in London an even greater emotional distance. But it is clear to me that he loved his mother, and his brother, and the premature death of his father in a road accident in the 1960s was a profound and quite literally unspeakable loss.

Our family home in Glasgow was a very happy one. Like all families we had our ups and downs. When I was upset, he’d come into the room, say little, but give me a hug. He didn't attempt to help solve my problems but his calming influence allowed me to see what needed done with more clarity.

My son is remarkably similar to my father in character. One time I took them both out for lunch and realised how similar they were: both people of few words — I did all the talking. Yet, there was always something companionable about their silence.

In 2010 my father was diagnosed with cancer and endured the treatment that removed it with real stoicism. His recovery owes much to the care he received from my mother and I do not think it is an exaggeration to say that doing so cost my mother her life. It was her nature to love and care no matter what. That was why he loved her, and that was why he lost her. This tragedy wounded him deeply but he still approached life philosophically, declaring that, whether he liked it or not, he must now embrace the third and final phase of his life.

He did well for a couple of years following my mother's death in 2011, but when his health deteriorated further we were fortunate to have found Margaret, a private carer he employed but who provided care in the proper sense of that word.

Margaret took care of him for most of the last two years until she fell ill with pancreatic cancer in November and died before Christmas. I then chose to care for him myself, and although that was a strain for us both at times, and I struggled to meet the high bar set by my predecessors, I am glad I did it because I got to spend every day with my father for the last 3 months of his life, with the exception of two days when my sister kindly volunteered time from her busy life to relieve me so I could spend a weekend gazing at stars in the highlands.

My daughter only knew her papa when he was — to use his own words — in a decrepit state. But she didn’t see that, and was not even slightly phased by the lop-sidedness of his face caused by the major cancer surgery. She just threw her arms around him in love and he would fold her in his. This wee flame of love was precious to us all in his final years.

My father was a kind and gentle and loving man. If more people behaved as he did, our world would be the better for it. I will miss him. 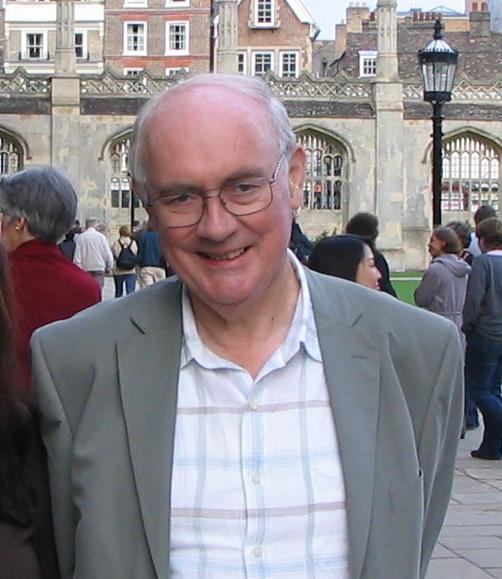 Here are the pieces of music played at the funeral. The second one was unknown to him and was chosen by my son. The first and third pieces were favourites of his and chosen by me with advice from my father's brother and my wife.

As a boy I remember asking my father how Vaughan Williams gave his pieces of music such gravitas (not the word I'd have used then). His explanation involved a scale called a Dorian mode. Remembering this, I did a bit of reading around whilst mulling over which pieces to use and found that the Fantasia on a Theme by Thomas Tallis and Glass's Evening Song both use something called the Phyrigian mode. Not only that, but it is also used in Rimsky Korsakov's Scheherezade which my father picked for my mother's funeral.