Inchmaholme priory is a ruin that sits on a small island within Scotland's only lake — the Lake of Menteith. It's called a lake rather than a loch due to a mistranslation of the Scots word laich which means lowlands.

The island's air of tranquility is apparent as soon as you step off the boat, so it is not at all surprising that the religious order following St Augustine of Hippo chose it as one of their retreats from society. That said, the Augustinian canons, unlike Benedictine monks, did not lead an enclosed life because part of their duty was to minister to the population around them. Nevertheless, being isolated on an island gave them a good excuse to minimise contact with the great unwashed, or at least have a wee wash on the way back to the priory.

Inchmaholme - the island viewed from the boat. My phone's camera lens needs a clean.

The priory was founded in the 13th century and continued to be a home for Augustinians until the early 17th century. It then passed into the hands of the Graham family who created gardens and planted trees. During Victorian times it attracted the interest of well-to-do tourists who indulged in romanticising its past. 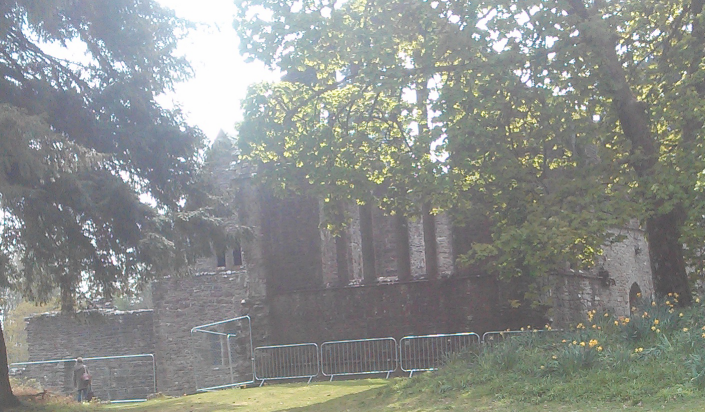 The priory - trees and ugly fences obscured the view from most directions. Access was restricted due to winter storms loosening masonry.

Inchmaholme is famous for being the temporary residence of Mary Queen of Scots. You can visit Queen Mary's Bower which is a circle of boxwood trees on some raised ground. It's unlikely Mary constructed it herself as she was only on the island for three weeks when she was just four years old. The Victorian enthusiasm to return with a piece of (dubious) history meant that the original boxwood trees were gradually dismantled. The ones you can see today are replacements.

May is a good time to visit the island as it is alive with the burst of colours and fragrances of late spring flowering. There's a remarkable variety of trees too, including some wizened sweet chestnuts that are ill-suited to the climate. At the north east of the island is an oak that fell a couple of decades or more ago. 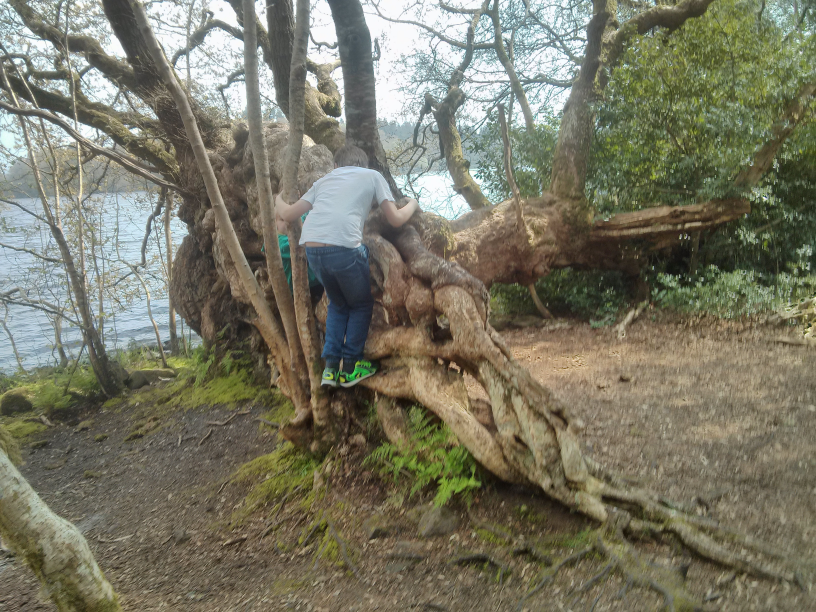 The fallen oak on Inchmaholme.

The tree is remarkable for a number of reasons. Most obviously, its exposed root system provides a climbing wall for children. But if you look closely above my son's head, you'll see that there is the trunk of a silver birch growing on top of the oak's roots. I'd guess the silver birch is about 20 years old and so it's possible that it was hoisted into the air when it was a sapling and not only survived but continued to grow. The other remarkable thing is that the oak itself is not dead. What were branches off the original trunk are continuing to grow upward like trunks themselves and many of the branches have healthy leaf growth.

Inchmaholme priory is a special place. I can hardly do it justice in a few words and pictures taken with my phone. A visit is highly recommended.